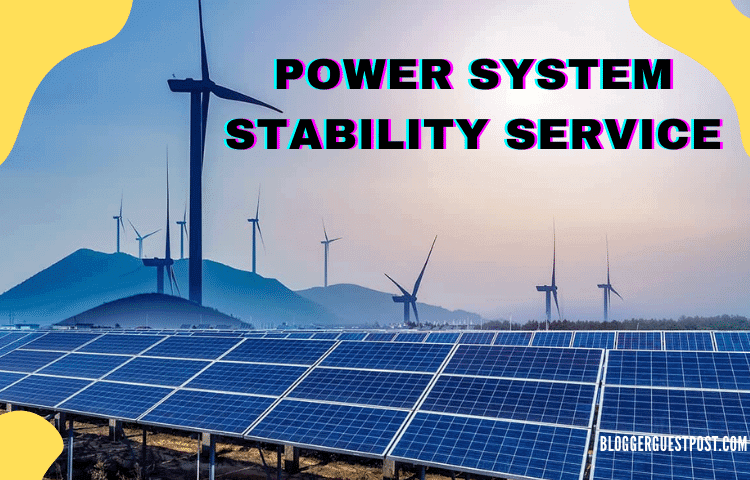 A synchronous machine that works in unison makes up a power system. They must maintain flawless synchronism under all steady-state conditions to assure the power system’s continuance. The system generates a force that causes it to revert to normal or stable operation when a disruption occurs.

The power system is the most critical component of power transmission, and it is vulnerable to a variety of disruptions. When this system is interrupted, it must be able to restore its original state, which is known as the power system’s stability. Sudden variations in load, a sudden short circuit between line and ground, a line-to-line fault, all three line faults, switching, and so on are examples of system disruptions. The failure of the electric power system to restore to its prior state will result in a flurry of power problems. A lack of synchronization causes instabilities.

Generators in power plants are connected to a bus with the same frequency and phase sequence as synchronous generators. To ensure reliable operation, the generators must be synchronized with the bus during generation and transmission. In other words, synchronous stability is the ability of a system to regain synchronism following a disturbance, such as a load shifting or line transmission.

The system’s stability limit is another component to consider in order to properly appreciate stability. The maximum power that can flow through a given component of the system that is prone to line disturbances or incorrect power flow is defined by the stability limit. Let’s look at the different sorts of stability now that we’ve studied the vocabulary related to power system stability.

Electrical engineering studies include a major and vital component called power system engineering. It is primarily concerned with the generation of electrical power and its transmission from the sending to the receiving end in compliance with requirements with the least amount of losses possible. As a result of load fluctuations or disturbances, power varies often.

Due to these factors, “power system stability” is a particularly relevant term. It is used to determine how quickly a system may return to a steady-state after being perturbed or transient. All large power plants have employed the alternating current (AC) system since the mid-twentieth century, primarily because it is the most efficient and cost-effective means of generating and delivering electricity.

The study of power systems is essential for power system protection. A power systems analysis may be necessary to guarantee that protective devices operate reliably in the case of a short circuit or any fault current. No one, however, conducts a comprehensive set of power system studies all at once.

As recommended by the newest NFPA 70E 2018 standard and OSHA standards for the electrical safety of every employee in the field, a thorough Arc Flash study is typically performed every 5 years over the life of a building.

Under all operating conditions, including transient events such as motor starting, non-linear loads, and generator failure, a well-designed power system assures reliable performance and maximises plant availability. Outages, malfunctions, poor power quality, and Arc Flashover can all occur as a result of a poorly constructed system.

A vital study for guaranteeing a secure and safe electricity supply is Power Systems Studies. Circuit breaker critical clearance time, voltage levels, and system transfer capabilities can all be determined via stability studies.

SAS Powertech assists its clients in preserving the stability of their power systems by offering superior Power System Stability services across all verticals.

Laptop vs. Tablet: Which Device is Right for You?

Reasons to Select Web Offset Printing for Your Business

8 Mistakes to Avoid When Implementing an Inbound Strategy

What Is A Chat API Used For Today?