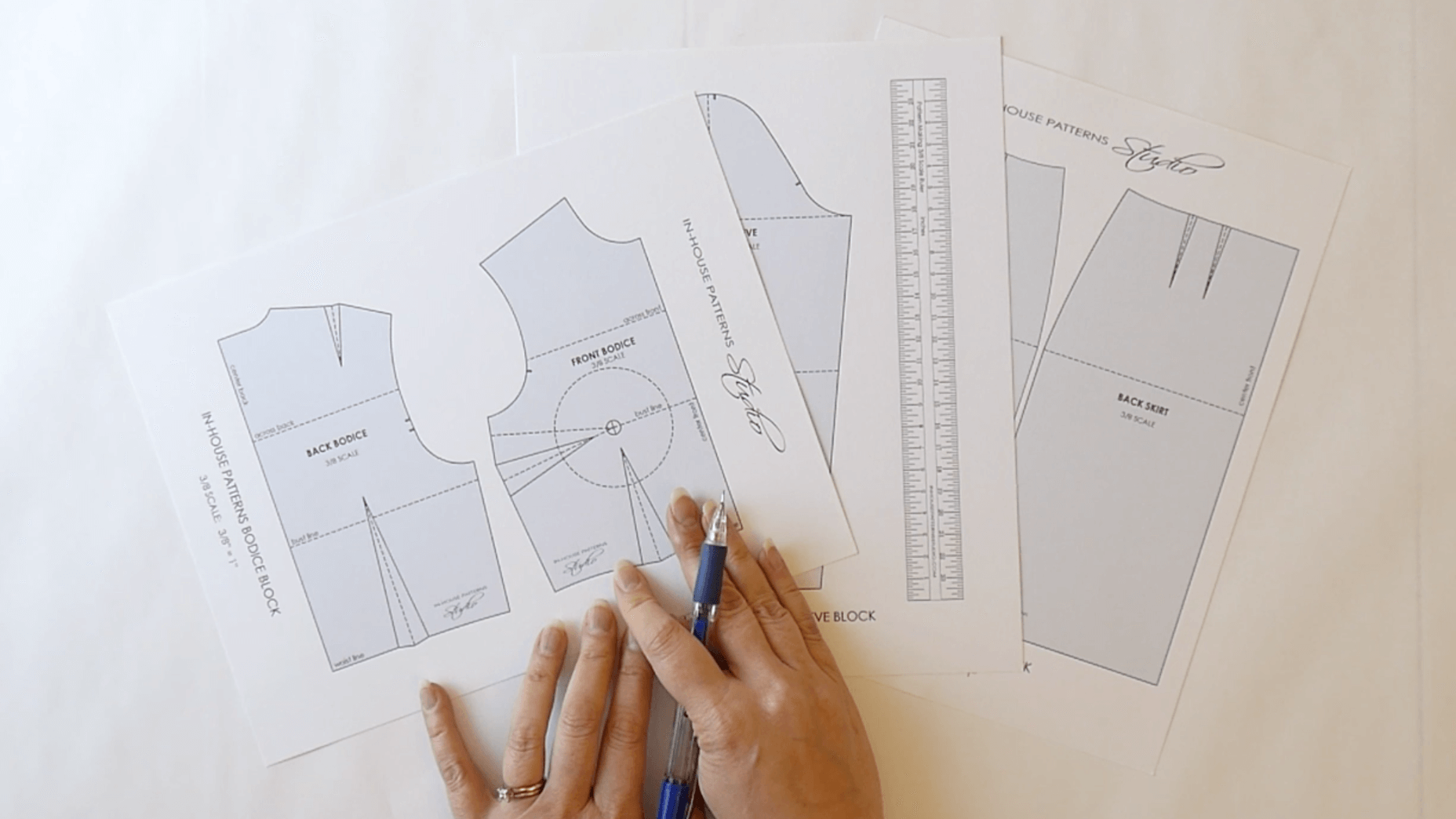 The biggest industry in Bangladesh is ready-made garments. At present, most of the foreign exchange earned from this sector comes from the export of readymade garments. Garments have thousands of pieces of clothing in a day. It is not possible to cut clothes one by one. Patterns are needed to cut so many hundreds of thousands of garments. The fabrics should be cut according to the size of this pattern. That is, the pattern must be created before the garment is cut. In this article I will differentiate between block pattern and production pattern.

The exact replica of each part of a garment is made of flat cardboard that is called a pattern. In this case different patterns are made for different parts of the garment.

All of these patterns are applied to the fabric before cutting, with glue or temporary stitching. In this way the fabric can be cut according to the pattern perfectly. It is also important to create a pattern if the garment needs lining and embroidery.

Creating this pattern requires skilled, measured, and technically savvy individuals. There are two types of patterns.

Also the patterns used in the industry are usually made in two ways.

Block pattern or basic pattern refers to the original pattern, which corresponds to a certain physical structure. In block pattern the size of different parts of the fabric is prepared according to the exact size of the body. There are no extra sizes for fashion or decorative purposes. In a word, the pattern that is made only with the size of the main parts of the garment is called block pattern. Block patterns are made based on the average size of men, women and children or according to the advice of the buyer.

The pattern according to which hundreds of pieces of garments are made in the garment industry is called production pattern. In this case, thousands of pieces of clothing are cut with a single pattern.

Both the block pattern and the production pattern are different types of patterns. There are some differences between them. This is discussed below:

The following methods are used to create a block pattern:

The patterns of different parts of the garments especially the patterns of sleeves, body etc.  are made by the technical designer. In the case of technical designing, the size of the body and the size of each part of the body are proportionately prepared automatically. This type of pattern is now usually done by computer. The computer’s hard disk is pre-programmed to store the body-to-body ratio. And as soon as the body size is given as input, the computer creates the pattern according to the size of other parts and displays it as output. This method makes it possible to create patterns very quickly.

This is the first and most common method of creating a pattern on clothing. Its use in the garment industry is still very high. In this method a statue of a certain size is made and a block is made to match that statue. It’s called a toy. Then a separate pattern is made for each part of the hard cup according to the size of this toy. Although the pattern in this method is very perfect, it takes more time to prepare the pattern.

Nowadays it has become much easier to create patterns using computers. At present, various softwares have come in the market with the help of which the desired pattern can be easily created as per the demand of the buyer. The functions of pattern design are a big part of the garment industry, so its scope of work is also very wide.

What Is A Chat API Used For Today?

How Do I Develop My Personal Marketing Strategy?

CRM for Marketing and Sales: boost your results